Cricket is game that is very close to my heart. Whether its playing on a sunny weekend down at my local club or listening on the radio in the early hours of morning when England take on the Aussies for the Ashes Down Under, I’m quite honestly cricket bonkers!

But for those new to the world of cricket, it can be a tad confusing. Did you know there’s three different formats of the game?  There’s Test Match, ODI & T20’s…. not to mention all the mini cricket games you can play with friends and family!  No wonder so many people can end up confused – and that’s without even taking the rules in to account.  We understand this can put people off very quickly from getting involved in the beautiful game… so I thought I’d put together this handy  beginner’s guide to cricket to help anyone whose wanting to give the game a go!

So, one player “the bowler” will throw a ball while another player “the batter” tries to hit it. Simples right? Just kidding! Like all sports, there are a set of rules to play by that you must learn. There are also many specific words and terminology that can be complicated and rather confusing. Let’s take a closer look…

Wicket: This refers to the three stumps at the end of a pitch. A batsman aim is to bat in front of the wicket to protect it. Their aim is to prevent the ball from hitting the wicket.

Run: A run is the unit of scoring in cricket, similar to a goal in football. This is often done when a batsman makes a run after making a good shot.

Dismissal: This refers to the end of a batter’s batting period, similar to an out in rounders. The goal for the fielding team is to get out 10 players to end the innings.

Over: Six successful deliveries (or bowls) make up an over. In T20, each team bats for 20 overs (or 120 deliveries) or until they are out/win

How to play Cricket

In this series of videos, I show you the basics of batting, bowling, and fielding (catching). You will learn the techniques, and I'll give you some mini drills to practice your skills! 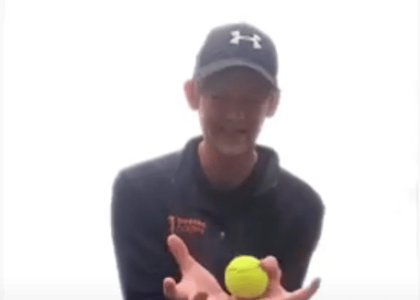 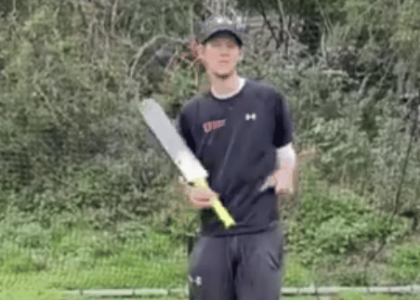 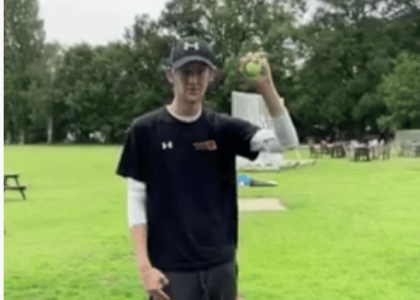 How the game works!

The batting side begins by sending in the first two players in their batting order. The batter will be taking deliveries from the bowler while the other batsmen, the non-striker, will be at the other end of the pitch. The remainder of the team will wait off of the field for their turn to bat.

Bowls will be delivered to the batter in an attempt to get them out. When this happens, they are replaced by another batter. This will occur until all players are out, which will be the end of the innings.

The bowler is the one who bowls the ball to the batter.

The fielding team will space themselves around the field to positions designed to either stop runs from being scored or to get the batter out.

The bowler will takes the ball and bowl it to a batsman at the wicket, which are stumps in the ground that designate where the batsman should be.

The wicket-keeper, who wears a pair of webbed gloves designed for catching the ball and protective pads covering the shins, will be behind the wicket. They will catch any balls that the batter fails to hit.

The aim of the bowler will be to stot runs from being scored by getting the batsman out. This is referred to as a dismissal in cricket.

When one bowler has delivered six balls, that means an over has been bowled, A different member of the fielding team is given the ball and bowls the next over from the opposite end of the pitch.

The batters do not change ends, so the roles of striker and non-striker swap after each over. Any member of the fielding team may bowl, as long as no bowler delivers two consecutive overs. Once a bowler begins an over, they must complete it, unless they’re injured or suspended during the over.

Here are the main methods to score a run in cricket

Ten ways to be dismissed

If you’re batting in a game of cricket, there are ten ways you can be dismissed by the fielding team. Some might be familiar – others not so much:

So there you have it, my BeeZee guide to the wonderful game of cricket! Hopefully this inspires you to learn and play the game. Click here to find a cricket club near you!